Tiny or Not So Tiny, Ane Mulligan Talks About Tiny Houses!

I love tiny houses. But I'll be honest. I've never actually been in one. Maybe I just love the idea of a tiny house. However, my in-laws have a single wide trailer on a lake in Minnesota that feels very much like I could live there comfortably with my husband and beagles (and hedgehogs, can't forget the pigs!) So I think I could do it. 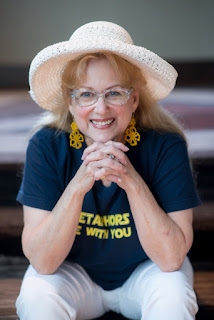 My purging obsession of the past few years is kind of in response to this feeling. I don't want to be surrounded by stuff that I don't use/need any more! Ideally, I think we'd do great in an under 600 sq ft home with two bedrooms. (Gotta have room for drop in guests.)

I know Zula could not do a tiny house. But Fern would adore a micro tiny 184 sq ft one!

Ane Mulligan is on the hot seat today. She has written about a tiny house and I want to pick her brain. So come along for the ride. 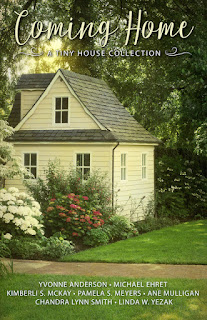 Q: Though I've not read your story yet, Ane. I'm intrigued. How did you come to write about tiny house living?

A: I've long been fascinated with tiny houses. I watch HGTV a lot, don't ask me why. I think I could easily live in one. After all, I'm a writer. I work in a small space. It's in my mind where I really live. That's where most of my friends live, and the others are all in cyberspace. Okay, I do have some very real flesh-and-blood friends, lest y'all get worried. But my fictional friends and I could live well in a tiny house.

The mayor of my town (Sugar Hill, GA) has been after me to set a story in Sugar Hill. I decided to combine those, then when some writing pals wanted to do a collection of novellas, I tossed them the idea of a tiny house being the unifier of the stories. Asfter some HGTV viewing, they became fascinated, too.

Q: In doing your research you have to have discovered some interesting details, please share!

A: I'd watched a couple of episodes where the buyer was a traveling nurse. I decided that's what my character should be. I should have researched the job more than the house, because in the end, it didn't work. However, they appear in my story.

As far as the tiny houses, I've got pictures of so many that I love, I'm trying to talk the hubs into one. But I don't think it's going to work. So I guess my tiny house living will be in my mind. See answer number 1.

Q: Do any of the other authors have tiny house history or plans?

A: Yes! Kimberli S. McKay and her husband have decided they are going to build one in the mountains as their getaway. I feel so motherly.

Q: Anything different about writing a tiny house scene verses a traditional home like Claire's?

A: Definitely. But, most of my scenes take place in the hospital instead of her tiny house. When the hero comes for a tour, it's over pretty fast. I mean, in 300 square feet, it doesn't take long to describe it.

Q: You have written a series, have a new release that is more political in nature, have written a novella and a cookbook, what has been the most challenging of these and why?

A: For a long time, people in the industry kept talking about staying in one genre, but after querying my street team, I find they read in all genres. And they seem to like what I've done.

But I will say, the most challenging is writing romance. Love is Sweeter in Sugar Hill is a romance. And from my crit partner, Genghis Griep, I found out I needed some real lessons on writing romance. Some of her comments in critiques were hilarious! Okay, so I learned … and turned out a story that has drawn a few sighs. Whew!

Coming Home ~ A Tiny House Collection
Tiny houses are all the rage these days, but what can you do with something so small? Here are seven stories about people chasing their dreams, making fresh starts, finding love, stumbling upon forgiveness, and embarking upon new adventures in tiny houses. Travel with them around the country in this big novella collection.

Love is Sweeter in Sugar Hill: She has a tiny house. He lives in a mansion. She vows to charge a doctor with malpractice. His job depends on that doctor's finances. Will love find a way?

Kayla's Challenge: She was one "I do" short of marrying the man her pushy parents chose for her. Now, half a country away, she needs a tiny house to finally be free.

If These Walls Could Talk: Both claim to have inherited the same Queen Anne until an unexpected blessing changes everything.

First Love: Betrayed by her husband and desperate for healing, she can only move forward by going back home.

Dash of Pepper: His responsibilities tie him to the small town he loves, but her career plans will lead her to the big city. Will he cut his roots for her or will she clip her wings for him?

Big Love: Homelessness expanded her world and constricted his. Now she needs his help, but he only remembers the pain. Can they find big love in a tiny house?

The Light Holding Her: Friends since childhood. She's being stalked. He's in danger. Is their faith big enough to carry them through the trials into a deeper relationship?

While a large, floppy straw hat is her favorite, award-winning author Ane Mulligan has worn many: hairdresser, legislative affairs director (that's a fancy name for a lobbyist), CEO of a Community Theatre group, playwright, humor columnist, and novelist. She firmly believes coffee and chocolate are two of the four major food groups. Ane resides in Sugar Hill, GA, with her artist husband. You can find her on her website, Amazon Author page, Novel Rocket, Facebook, Twitter, Pinterest, LinkedIn, and Google+.
Posted by Scrambled Dregs at 5:15 AM 7 comments: