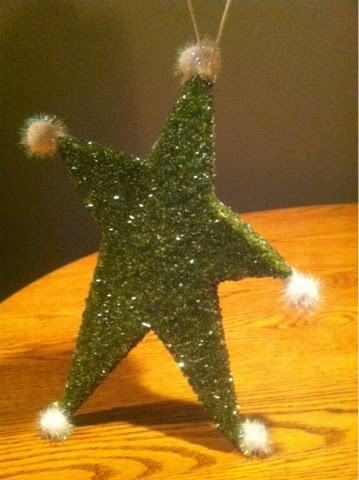 I love how God uses our own thoughts and the innocent words of others to give us periodic attitude checks. After all, we all see the world uniquely and the internal monologue/dialogue makes sense to our own brain.

Case in point. I'm standing next to someone helping at a kids Christmas party booth. I'm aware that another volunteer swings by and grabs a ziploc bag from our table but have no concern for its intended purpose. A few minutes later my co-worker growls, "put it in the bag already!" I slowly (no sudden moves, right?) turn to her and whisper, "what?" She then went on to tell me about the plastic bag. Through the body language 3 tables down she had figured out the volunteer had taken one of our bags for a woman who needed to put something small in it. Said woman was hanging on to the small object while talking and gesturing while the volunteer held out the bag. Meanwhile my fellow volunteer became immersed in this bag, the item and the clueless woman with the "verbal diarrhea." I, on the other hand, couldn't have cared less. Two people, identical surroundings, same purpose and vastly different takes and takeaways. Yeah. Our brains are complicated and unique machines.


So now back to the attitude check thing. A friend told me about a hilarious attitude check she got. She had a list of Christmas gifts for families in need. Two pairs of boots. She also needed candy canes for another couple of same type situation. She chose a store that she rarely shops in because of past experiences because boots were a couple bucks cheaper in the ad. While standing in line the cash register crashed. A second cashier came over to help, when that didn't work she went to another register and did a call out so all the people behind my friend rushed over. She followed, and said her frustration meter started to clang. The first register finally kicked back on and the gal called out, my friend made one more move, nearly a half an hour after getting in line. She was behind one person and saw light at the end of the tunnel. And then another hitch. The gal in front of her couldn't get her card to work, and then tried another, and my friend, in a spirit of Christmas selfishness just wanted out of the store, so she said, "Let me" and swiped her own card. The shocked woman thanked her and called her a Christmas angel. The cashier, likewise, couldn't stop wowing. My friend wisely (Isn't it lovely when wisdom teaches us that a mouth kept shut and comments silenced can be a true friend indeed?) said nothing and took her leave. Fuming, she arrived at her location and then just had to laugh at her own craziness. And also realized that her attempt to save a few bucks actually cost her a whole lot more. But at least she kept her thoughts to herself in the store and at least two people were touched by a Christmas angel. And my friend learned a few things in line.
Posted by Scrambled Dregs at 7:00 AM 2 comments: