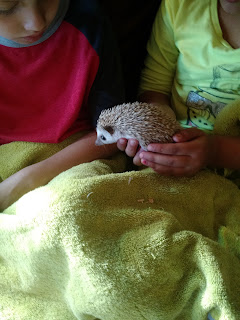 When we were debating getting one puppy. let alone two, I mentioned our insane thinking to my violin teacher. He listened politely and nodded several times, told me to keep him posted. When I texted him about our choice to go big he LOL'd and said, "you make the best life decisions."

Not true. Not true at all. But our decisions have made for a very interesting (to us ) life. For that I'm glad. I mean without our early life plans to buy a chunk of land and live off of it would we still be longing for that same but morphing different experience? Without Lily and Lola would we have played it safe and only taken Gladys and named her Charlene? Without the years of hamsters, guinea pigs, rats, lizards, cats while we raised our kids would we ever have considered hedge hogs? 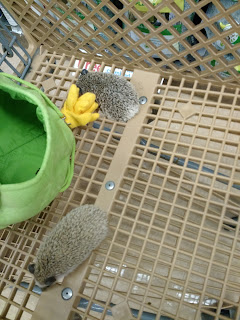 Rob's knee issues have kept him in documentaries and quirky television shows a few days a week. I've always been enamored of hedgehogs since I read the book Miss Jaster's Garden as a child. But I didn't think I'd ever own one.

My husband announced one day a few weeks ago, "I want a hedge hog." Then over the next weeks he began researching and sharing hedgie facts, info from local breeders and then added the idea of a second hog.

One local breeder does a spring sale amounting to almost a BOGO of a deal. And she had two sisters looking for a home. The kids and grandkids wondered if Rob would like one as a gift. They gave him an early Fathers Day card with enough cash to buy one and 1/2...how could I not buy the other 1/2 for him? Today Daisy and Daffodil joined our family. Gertrude and Gladys are bemused but accepting. 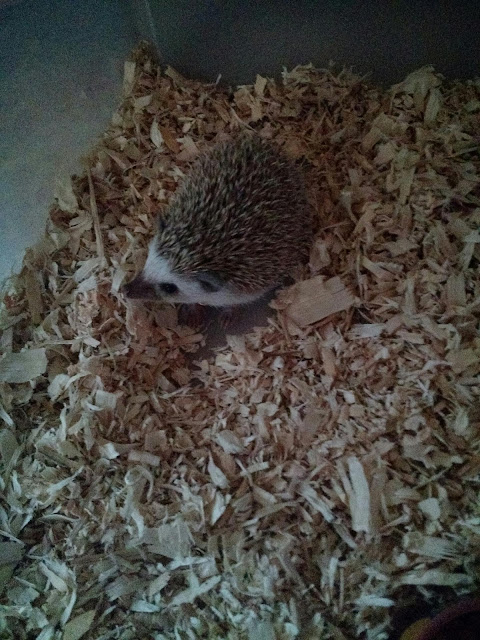