Scraps and Snippets ~ Monkeying Around 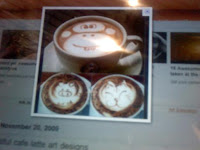 For starters. I was a little crabby. People annoyed me today. So it's probably good that I didn't have a patient filled day as I was seriously lacking patience. : ). However. I did start out my morning with a new guy who laughed like I was a stand up comedian. (This is my absolute favorite thing. I have another patient that hoots and hollers at almost everything I say. Trust me, a person is seriously good when she can make, "I need you to put this paper top on so it opens in the front. Remove your blouse and bra and lay them right here." funny on any level. I do, apparently. It's pretty amazing. (Okay, sometimes I ad lib and add a few other one-liners, and these folks are fasting which means they DO not have the benefit of coffee in their systems, which can affect common sense and bring drastic mental changes.) But still. However, an enthusiastic hooter generally only crosses my path a total of three minutes, and they are usually long gone when I hit the paperwork part of my job. 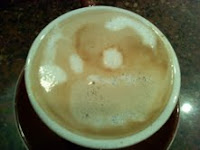 I left work when the scanner took the equivalent to a spring break and refused to come back, even when I whistled for it and promised it treats.
& and I went to the big city again for groceries, our Financial Peace University Dave Ramsey class, and candle shopping et al. Ecoscents, a local "cottage" candle shop was kind enough to honor a Groupon we both purchased and then procrastinated and tried to redeem on a day they were closed, the last day of redemption. They gave us the full value, even though the date had passed, and really, honestly, we should not have procrastinated and should have noted that they wouldn't have been open on the last date because they don't have weekend hours. Nice of them to be generous, they really could've just given us the value we paid as required, instead they let us spend the full amount. The candles smell amazing. And they will refill the jars, and any other candle jars we have, for a discount of 30%. Kind of cool. I picked out a cranberry hot tea and an herbal medley that are yummy.
Since we were in the neighborhood, (literally, we walked through the ditch that separated the stores) we visited an indoor farmer's market that is chock full of locally grown and made items. Fun and quirky and nice to know we can still find some local stuff after the farmer's markets go to sleep for the long winter.
Finally, the pictures. This is Latte Art. & made me a monkey. I'll let you figure out which one is her monkey in my mocha soy latte, and which is the pro's monkey. We will be generous and say this was a) her first attempt at a monkey, and b) soy milk doesn't quite produce the foam that milk does, so there's that.
As far as financial wisdom. Uhh. I wish I had taken Financial Peace University about twenty years ago. I'd be typing this from some beach somewhere...maybe. :  )
Posted by Scrambled Dregs at 7:47 PM No comments: