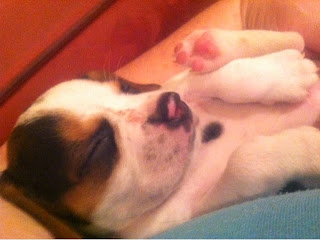 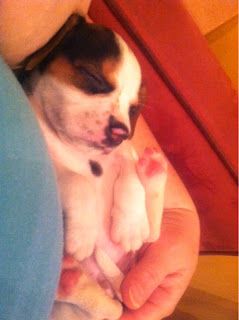 Things sure have changed since Thursday. Rob and I agreed to take a five-week-old purebred Beagle puppy from a friend of a friend who does rescue. Since it wasn't on formula any longer (it's mommy died shortly after the births) and she didn't need to be weaned we got to pick her up right away. However, when the friend of the friend sent a picture on Friday, there was mention that there were two little females available. Rob, who has never been on the same page as me with the need for gathering pets, asked if the second one was available, too. 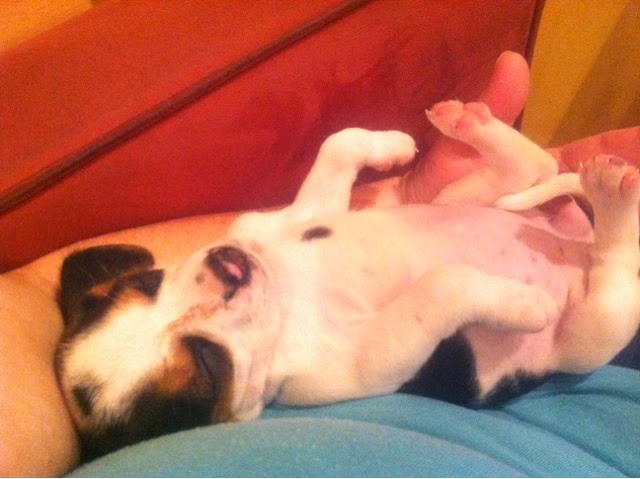 "After all," he said, "shouldn't they stay together and we'll already be dealing with potty training and all the puppy behaviors, let's get them both."

The day before we were supposed to pick them up, the second one became unavailable, after all. 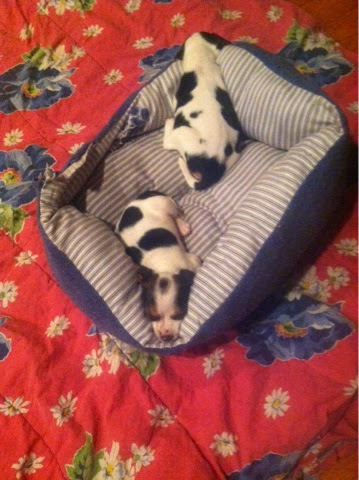 Amazing how something that seemed like a crazy idea an hour earlier can suddenly leave you feeling broken hearted.

I am not going to lie. I petitioned God on this one. Partly because I know He loves His creation. (He does know every sparrow, after all.) (And two little babies who lost a mommy should stay together, right?) And partly because I had already fallen in love with the idea of sister dogs. An hour before we picked them up we found out we'd get both. The person who wanted the second one decided they should stay together, too. 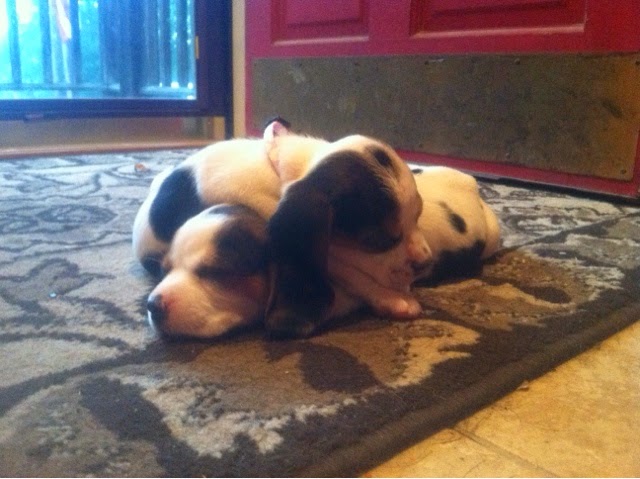 Needless to say, you will be seeing some puppy related posts here on a regular basis. Because...Do you see this cuteness?


Posted by Scrambled Dregs at 5:39 AM No comments: