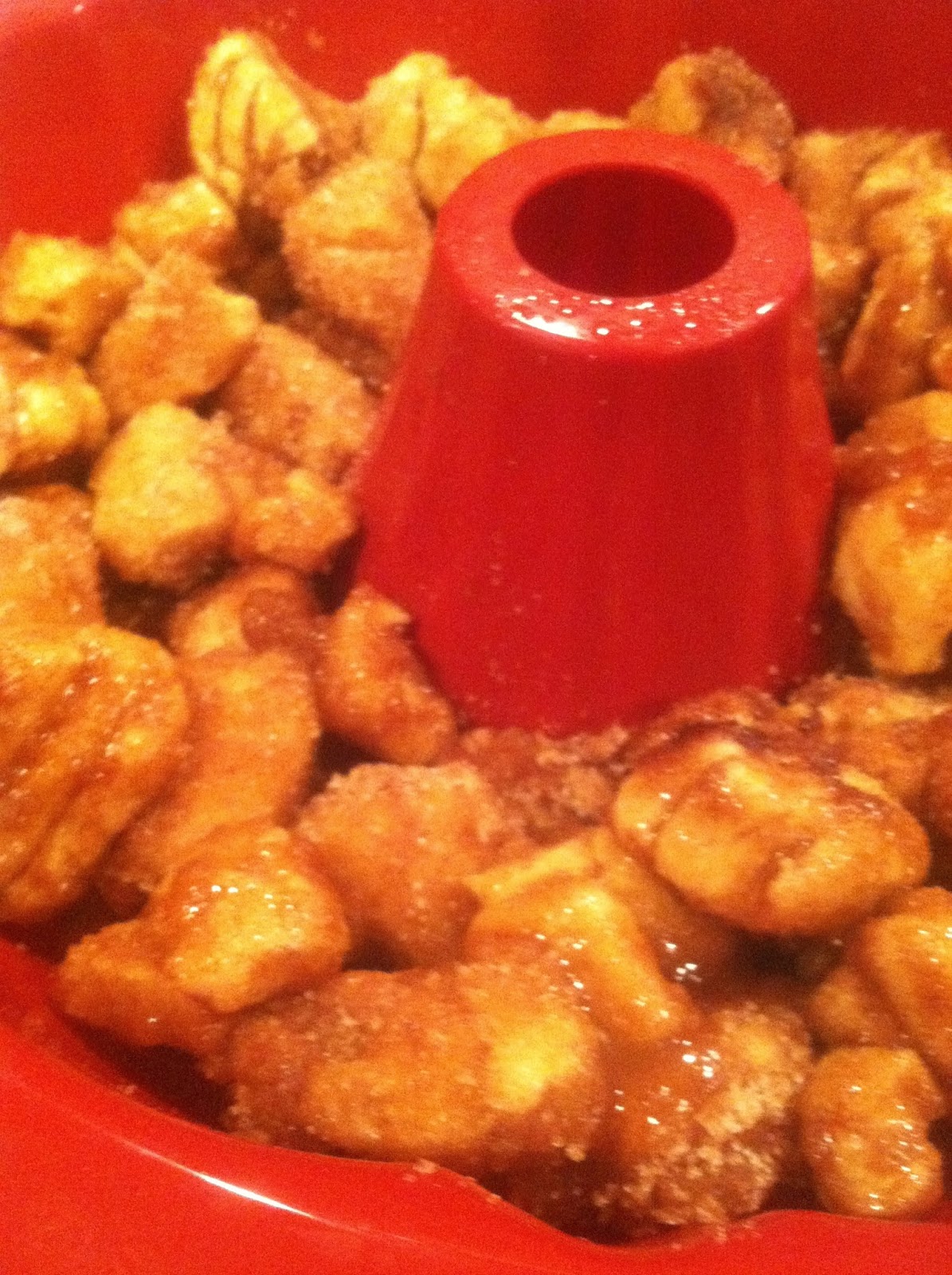 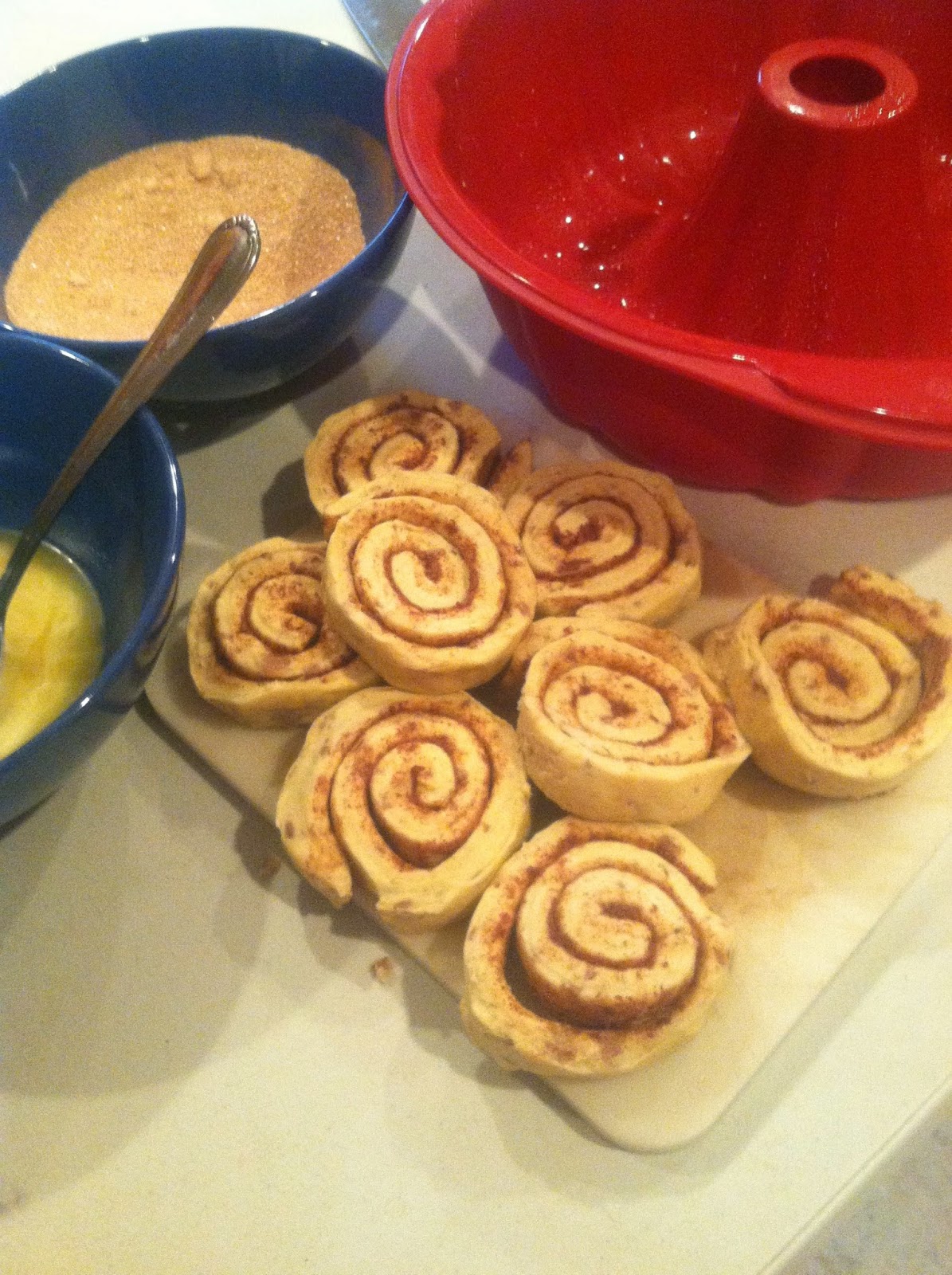 Uh. This is pretty easy. And stinking decadent. I mean. It rocks in the worst way, as in it is a sugar slap upside the head and the little cinnamon crunch balls slide down oh so easy. 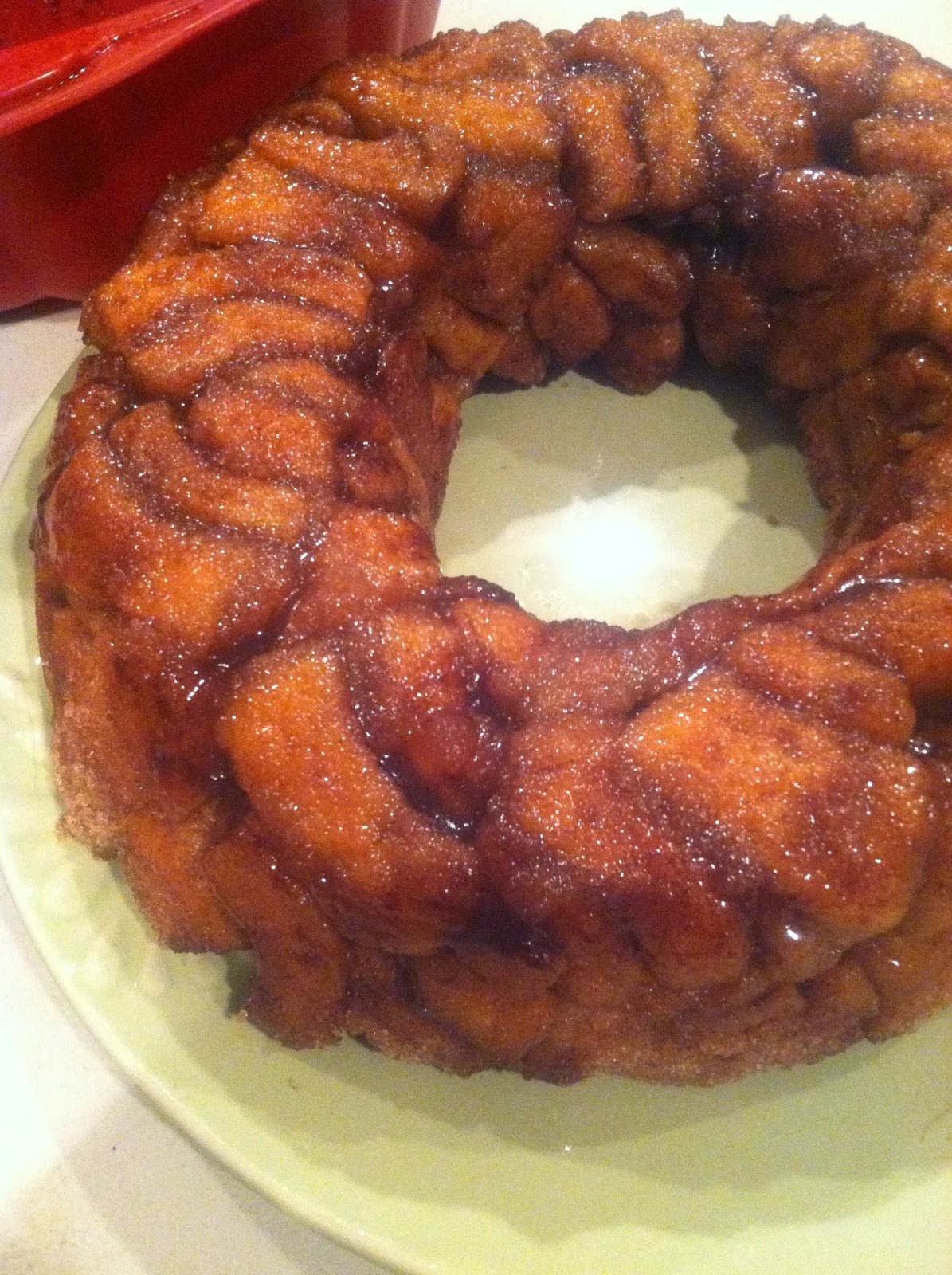 Mix sugar and cinnamon together in one bowl. In another melt the Earth Balance or coconut oil.

Prepare a bundt pan with a good greasing. Preheat the oven to 350. Remove the cinnamon rolls. Set the frosting packets aside. Place the cinnamon roll sections on a cutting board. Slice each roll into four segments. Basically cut in half and then in half the other way. Don’t worry. They will start to fall apart a bit. Take each fourth and dip in melted "butter" then sugar and cinnamon mixture and drop into bundt pan. If the sections fall apart that’s okay. When it bakes they will all come together. Keep going until the rolls are all coated and stuck in the pan. If there is butter sub or sugar/cinnamon left just pour over the rolls. Place in oven and bake for 30-33 minutes. If you want, pull out a small piece from the middle after 28 or so minutes. You don’t want overdone but doughy is nasty. You should see bubbling caramelly deliciousness and smell cinnamon sugar. When baked remove from oven and allow to sit 10 minutes. Place plate over pan and flip so the bundt cake slides out onto the plate. 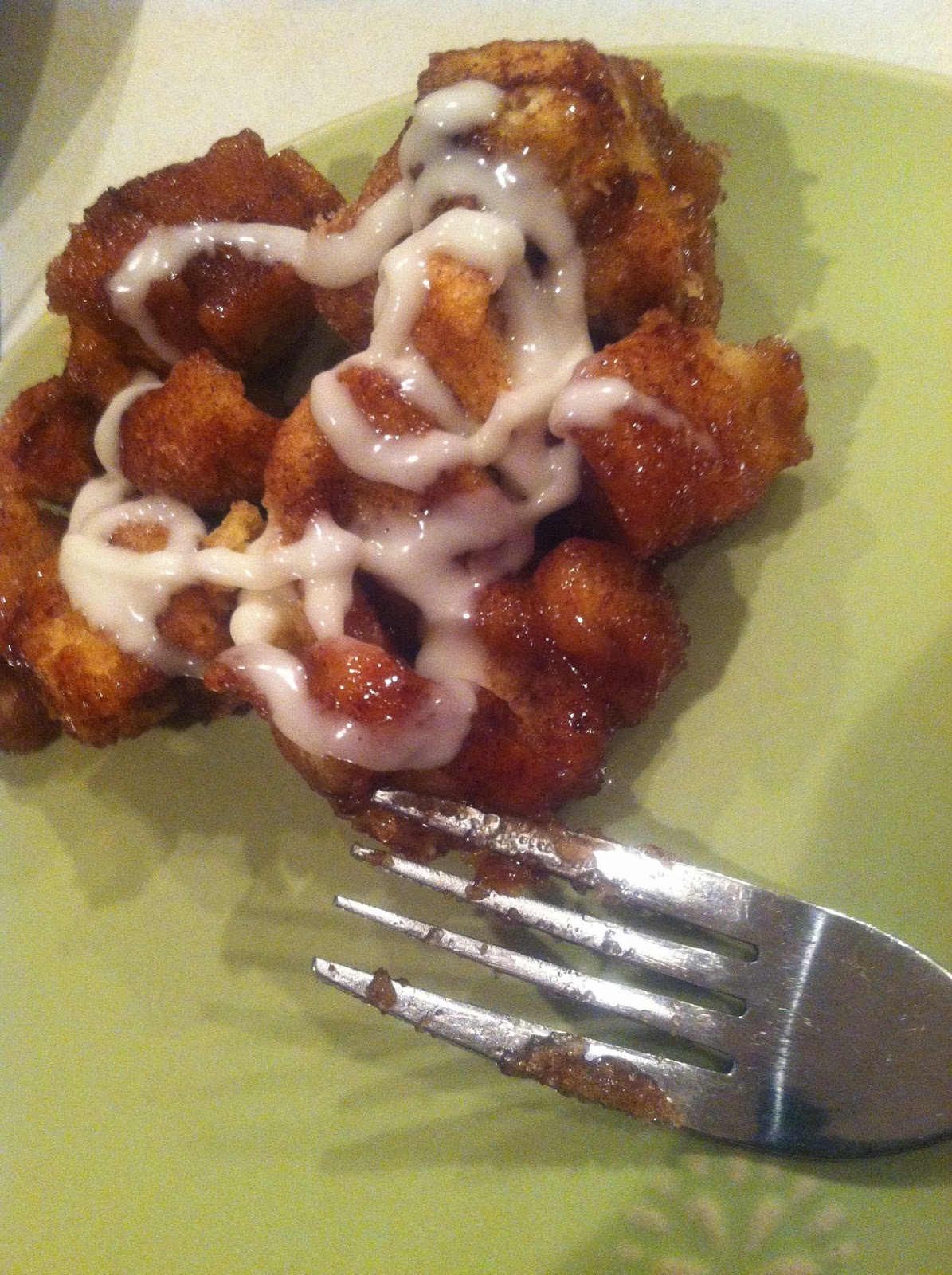 
Posted by Scrambled Dregs at 6:00 AM No comments: