Scribbles and Scrambles ~ And I Won't Even Get a Visit From the Tooth Fairy...

A little whine with my cheese...here's the deal. I'm going to write what I know. And tonight it's going to be a crybaby saga. Feel free to click out now. It won't get any better. I do promise NOT to post pictures of my future dental moments though. 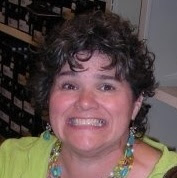 My face hurts. No, this is not an opening for someone to say..."that's funny cuz it's killing me." Though I might laugh because I think that's a great line.

My face has hurt the past few weeks. I thought it was my tooth. A crown was bestowed upon me a few months ago. The tooth next to the crown needed a touch up and that area has been a little sensitive. Lately, there's been some extra crabbiness in those parts. I thought there might be a problem with one of those little guys so went to the dentist. NOT my favorite place to go, I must say. However, I do like mine. He thought my bite was causing irritation and he ground down a bit of tooth.

Then I went on a trip, and while there, especially on the ride home my whole face was not happy...so I thought I had an inner ear thing going on or sinus issues. So I put tea tree oil in my ear and took a few shots of oregano oil. Crazyily enough, after the burn wore off and I could see through my watering eyes, my ear was feeling clear and good. But, my face still hurt. Then, I bit down at dinner and bam! I knew something wasn't right. Heat and cold, no problem. A tongue or soft food barely touching the surface of the furthest back molar was agonizing. I kept myself loaded up on pain relievers went to work (last day of the month....and a busy lab day...oy) and called my dentist. They could've put me in first thing in the morning...but as I said, last day of the month, lots of x-rays and bone scans. So they made room for me at the end of the day.

I told him I knew the exact tooth and what it was doing. End of discussion. It's called something with the word percussion. It means the nerve is dying, is dead, or is working on an abscess. Two choices. A root canal and a crown or pulling the darn thing.

He gave me an antibiotic. (I am wanting to freak out...oh, no, my good bacteria.) I made an appointment to get it pulled. UGH. I'm going to be drinking lots of kefir, kombucha and not looking forward to the appointment. On the flip side, I do want to eat, sleep and smile without face pain.

Ummm. I would be such a baby if I had to deal with chronic pain or some major health issue. Another reason to remain proactive with health. I think I want this to be the last procedure I ever need to have done.
Posted by Scrambled Dregs at 7:56 PM 2 comments: