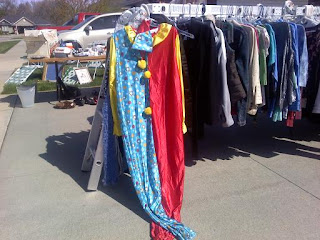 In my day job I take chest x-rays. And I bill people. So. Let's just say most folks don't really look forward to seeing me.

However, I do have some great fun on occasion and have managed to entice a few fans.

One of my favorite patients begins laughing the second she sees me and doesn't stop til she leaves my room. Can you guess why she's one of my favorites? Seriously, I feel like a I should give her an autograph, she thinks I'm THAT funny. She even said as much. Well, paraphrased this is what she said, "My co-worked called me and I told him I was going to the doctor's office. He said, UGH!, but I said, No, it's not that bad, this is the easy day. And the x-ray girl is hilarious."  Then she cracked up. Her x-rays are sometimes challenging, too, since she has to hold her breathe and stay very still for a few seconds during my annual stand-up routine. I have to get all professional and down to business, and yet, she laughs even then.

Another guy came in a few days later. We chatted. Then he said, "You know, I had that note you wrote me for a really long time." Uhhhh. I wrote him a note??? Odd. And I said as much. He reminded me that a few years ago I commented on how neat and tidy he was because he folded up his shirt when he removed it for his chest x-ray. He then apparently made a comment that his wife would be amused by my observation regarding his tidiness. So I offered to write him a note that said, indeed, that he was witnessed being neat and tidy.  So I did, and he posted it prominently and referred to it for self-esteem or gloating purposes til he lost is or spilled something on it in his normally sloven routine.

The scary thing is this. I just am sometimes crazy and do weird things for my own amusement. And then I forget about them and move on and forget that someone else was there, and maybe took notes (even ones written by me.) If I am hilarious some mornings, I wonder if it's connected to the amount of coffee I've consumed or the lack of sleep I've gotten the night before.

And upon thinking through the implications of this, I'd rather be known as the crazy, curly-haired, x-ray freak than a crabby, no-nonsense health worker who doesn't like her job.

I'll take crazy. People laugh with happy crazy people. With or at, it's still laughing.

Posted by Scrambled Dregs at 7:15 AM No comments: