Scribbles and Scrambles ~ Where the Wind Blows... 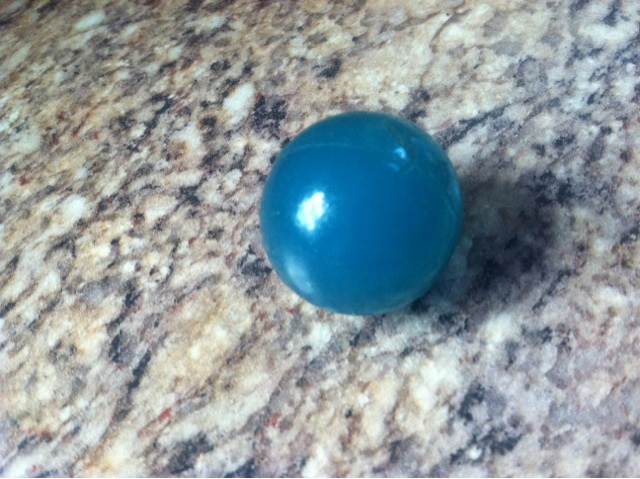 My hubby just returned from the Moore Oklahoma area.

This picture is of a survivor. One site that they cleared had dozens of bouncy balls scattered amidst the debris.

He brought one home to remind us of the blessings we so often take for granted.

Our home, the forever work-in-progress stands. Our health, though we feel the creaks of middle age, is good. Our family, though imperfect in all it's glory, is family and easily touched during our busy days and nights scurrying around trying to get things done.

A portion of the affected area in Oklahoma is called the land of the Forgotten Tornado. Much of what my husband and his co-workers did was clean up in areas hit by a tornado the night before the one that rocked the news waves.

The first day our church group worked hit 105 on the temperature gauge. And each day thereafter didn't drop below 90. The work was overwhelming. Hundreds of people scrambled around site after site, hauling, moving, sorting. Our team wondered about the difference they were making in the miles and miles and miles of broken dreams and homes. They reminded each other that they were making a difference to that one family.

The work is in such early stages that they would tackle a huge pile of broken lives and sort them into four smaller piles by the roadside so those items could be disposed of properly.

Every victim's entire household was able to be sorted into brick/concrete, wood, metal or miscellaneous trash. Very few items were intact enough to be placed into a container for rescued treasures. Our team found a few pictures and some kitchen items. And a whole bunch of bouncy balls that came from who knows where and saw who knows what while they rode the angry wind currents.

My prayers go out on behalf of these victims who've lost the physicality of what was their lives, and to those in Colorado, and even more so for those touched by the deaths in the various tragedies that seem to crop up way too often and way too close together.
Posted by Scrambled Dregs at 5:00 AM No comments: