Scribbles and Scrambles - Views From the Scene

I don't know if I've mentioned here that a few months ago I found out our independent clinic was being absorbed by a much bigger, much more machine-like entity. For a bit I seriously wondered if I'd even have a job. As of yesterday I signed on the dotted line to be absorbed. The pressure of the unknown as to whether I'd be employed is off. Two of my coworkers weren't so lucky. They have been let go. I'm grateful, but might hold a smidge of survivors guilt and a lot of stress over what exactly is going to change around my office, besides almost everything. I had to pursue my new wages. Turns out that they were content to cut my benefits and a little bit of my take home. I had to stand firm and make a sacrifice and now I'm going to be getting a salary that will compensate me for 20 years of experience and knowledge far beyond what their expectation is. I lost 6 paid days a year and paid continuing education and a paid lunch period as well as a special grandfathered perk those of us who've been there over 20 years had. If I would have just said, "well, at least I have a job" and accepted the hourly rate they offered this would have cost me. I had determined what would be fair for me to give those items up and it just so happens they ended up beating that number. Prayer helped. The worrying and complaining and calculating did not. Weird, huh? 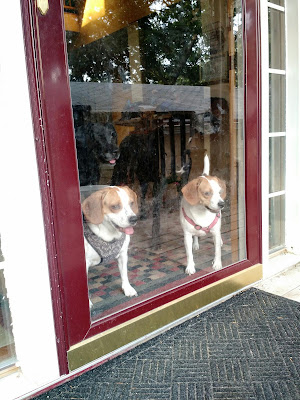 I think if the past few months has taught me anything it's that I don't adapt well. I mean, on the surface, it might look like I'm adapting, but on the inside I'm just kind of putting one foot in front of the other because it's what I'm supposed to do.

Acceptance. Well, now that Rob has a knee, I have a new job and our lives might get back to our normal, I can accept that.

Here's to a new normal?

Posted by Scrambled Dregs at 5:59 AM No comments: