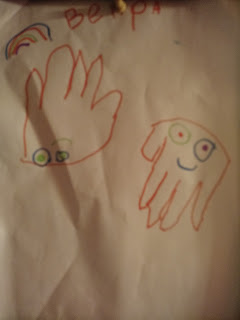 It's been a few days since I brought up foster care. And the issues.

Today I'd like to go back to the stories briefly mentioned a few weeks ago. The two moms who each lost multiple children and finally got their stuff together with the very last chance and the very last child. They kicked their drug habits and succeeded. One is even an advocate for biological parents after she obtained her Master's Degree.

Not having a Master's Degree, or the desire to obtain it, can I just say that I don't believe a Master's Degree makes one a successful human being? Nor does a Master's Degree make a person a good parent, or a decent person. A Master's shows you have accomplished higher learning and conquered the task. It doesn't measure your character or your abilities other than the ability to follow the stated rules, memorize and pass tests. In my field I was trained to "know" many, many, many aspects of my job and I can honestly say 5% of my education is something I still use to this day. The rest has become dormant. I might be able to recall tidbits. But tidbits that are obsolete don't really matter. I, instead, have broadened my education by learning other aspects of the medical field by hands on experience. The medical terminology I need is either in my brain because of repetition and use. I have ICD-9 codes memorized because I used them. ICD-10's are slowly replacing the ICD-9's because of the need for change.

Why am I going on about this? Because I don't know that 2 women out of thousands over the same time frame are a real good return for the state's investment of time and money. Two women are cited as examples why the reunification of biological families is best. But it can't be best in every case, every scenario. Those two overcomers clearly had something inside of them that changed. I believe change is possible. My husband lived as an active alcoholic for years. I understand the crazy that comes with substance abuse, I had a front row seat on that roller coaster. And he chose alcohol over his wife and children more often than I care to remember. Substance addiction is a horrible thing. Something that many can't overcome and it grabs people by the throat and demands them to do the worst just to get another fix.

And that's one of the problems with the reunification at all costs mindset. I think we could all agree that group home scenarios are probably not the best end result. I don't want the state to sever rights so we have group homes not meeting the needs of thousands and thousands of children. But I also think there has to be a better solution than rubber stamping bio is best on every single case. Biological parents are not best if they are creating a toxic emotional world for a child. Especially if there are others who have stepped in and said they'd be willing to take these children and raise them and love them. Too often the loving home environment is put on the chopping block because the biological parent isn't actively trying to injure their child at the moment so rights are returned to the biological parent. Two years later that child might just be back in foster care, more broken, bleeding internally from the heart and the soul over neglect and worse, but that possibility is conjecture. And conjecture isn't something that is presented to the judges. Impressions, reports, facts. Those all go into the machine. But legally fortune telling or stories or even likelihood can't play a huge part in the decisions made by judges. And how can the judges in a reunification state consider anything but the facts and how they line up with the state goal of reunification? They can't. Our judges hands are tied by the law that has been written.

I would be interested in hearing what the "lost" children have to say about the biological mothers mentioned above. And I'd like to hear from the child who was returned to her. I'm pretty sure they would have some interesting facts or impressions to bring to the discussion.