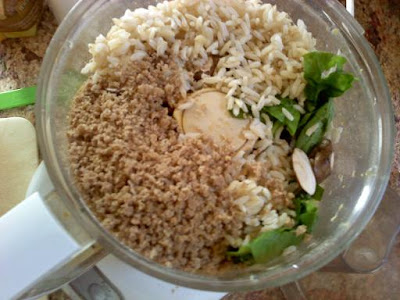 I had some lentils left over. Quite a few. And some brown rice. And no plans for din-din, and a few hungry mouths to feed, including mine.
So I threw a whole lot of stuff together and ended up with something I'm going to call a tasty Falafal Burger experiment. They aren't as pretty as they were tasty. My batch was nicely spiced and very falafaly in texture and taste. But it could've used a touch more flavor since I used a lot of bland ingredients. 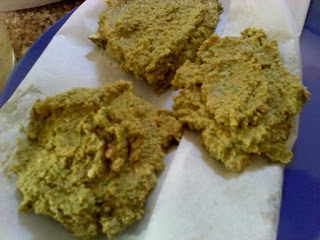 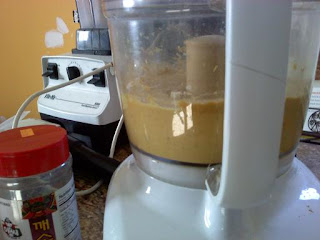 Everything else, mushify in food processor until combined. Then add the walnuts, rice, spinach, sesame seeds and bread crumbs, and pulse just till everything is pulled into the mixture.
Form into patties. I got seven medium sized ones, chill for a half hour of so. Then cook on sprayed skillet, flip burgers til both sides are crusty/brownish, and burger is heated sufficiently. Three or four minutes total was about what I did. 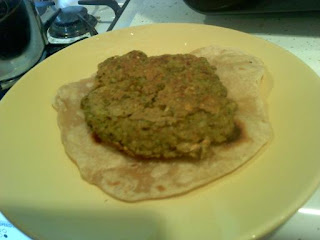 We ate them with our Super Genius Tortillas, spicy mustard, romaine lettuce, onion slices and fresh heirloom tomato slices.
Posted by Scrambled Dregs at 3:32 AM No comments: