Scribbles and Scrambles ~ In Hind Sight...

In hind sight, if I had known it would take two long years of fiddling around with my fiddle before I ever felt confident to play in church, I probably would've run the other direction. Okay. Walked real fast, like I was being pulled by super charged beagles, cuz I've pretty much decided I'm not a runner. K?

When I thought I'd just pick up this wooden instrument and end up where I left off, I was WAY wrong. I've whined (or shared my insights, that sounds better, let's go with that) about the difficulty I'm having with coordinating my right hand, left hand and brain pathways. 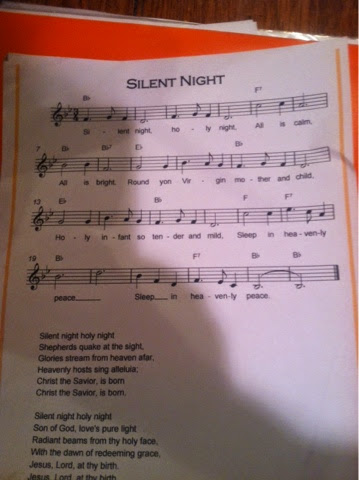 To be fair to any wannabes out there whom I do not want to discourage...I'm also not practicing an hour a day. So there's that. And there are days that are just too short to do any practicing, at all. Had I jumped fully into the white-capped waves and sank or swam, did or DOA, I'm sure my results would be different. Had I studied music theory separately, or immersed myself in all things rhythm maybe I'd have grasped it sooner. And I know if I followed everything my teacher taught me, I'd probably be playing regularly with others. (Plays well with others...ha ha, remember that from report cards?)

On a whim I took a simple chord based piano class with a friend. She kinda talked me into it and I thought it might help to forge another avenue of music into my gray matter. I don't have a piano so I've gone over to my friend's to practice now and again. My violin teacher wanted me to jam with other musicians over the summer to help broaden my skills and I asked a friend here and there and got a "yeah, sure" response, but really, nothing happened. But naturally, through this music side class, a couple of us brought other instruments and we played along with some Christmas carols. And guess what I found out? There are magic things called key signatures, and when you understand them it's like the Rosetta Stone for music, or some such legendary stuff. My friend and I are also working out some songs together and she is struggling right along side of me. I guess this new epiphinus moment has made me bolder. My pastor has been asking for months when I'm ready to play. I finally told him I could play along with a Christmas carol. The worship team chose Silent Night. (BTW there are a LOT of variations, in every key I'm guessing, whew.) I got the official music from the pianist and then searched until I found the simplest version of it. Then I practiced. And practiced and learned more notes because there are a lot of notes on a violin and they are all about a flea shadow away from each other. Too high by a fraction of an inch and you are sharp, too low, flat, baby, flat.

On Sunday, I played the three stanzas and didn't freeze, didn't get lost, didn't lag behind and I didn't embarrass myself. Granted, I was praying real hard as I picked up the violin that God would stop the shaking of my hands and keep the food in my stomach. I get to play again during Christmas Eve service and you know what, I'm okay with that. And now I think I can regularly start playing with others. The patient ones. And maybe one day I'll think what I play is beautiful.

Two years. And had I looked at the song I eventually played in public I would have thought I could play it in lesson two. And doesn't that sum up a whole lot about human nature?
Posted by Scrambled Dregs at 7:00 AM No comments: