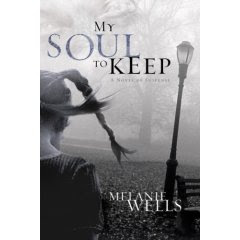 Sarcasm is a highly appreciated at the dregs. Start shoveling it, Melanie. And thanks for visiting.

I’d love to know what Elvis was thinking with the big sideburns and the white jumpsuit and all that fried-peanut-butter-and-banana weight he put on. I mean, really. Do you think he foresaw that he’d be immortalized if only he dressed like that and topped it off with a pair of gold-framed sunglasses and sang in VEGAS of all places? The man was a ground-breaking musician. I mean, before the Beatles, there was Elvis and before Elvis, there was… nothing. How could he let himself become a cartoon? I intend to ask him that when I get to heaven. He’s probably eating fried chicken and playing poker with my grandmother right now. She can’t bluff, though. He’ll win.

So many to choose from…

There’s a scene in Apollo 13 where the astronauts are up in LEM (that’s the little vehicle that was supposed to land on the moon, for you Apollo 13 rookies) because Odyssey (the one they’re supposed to be in while they’re flying around in space) has had an explosion. They’re running out of oxygen because their carbon dioxide filters are saturated. So they have to create a new filter out of the stuff they have with them in space. The engineers on the ground come up with a procedure (that’s a great scene, too, by the way - all engineers love this movie because for once they get to be the heroes) and they build the thing and tape it onto the dealy whopper and then watch the gauge to see if the filter is working. If it doesn’t, of course, they’re going to run out of air and die.

Tom Hanks, who plays Jim Lovell, turns to the other two astronauts, who are both unconsciously holding their breath. He laughs and says, “Just breathe normal, guys.” Which is a GREAT line, because of course, there’s no point in their holding their breath. They have to breathe – to take up a certain amount of oxygen – just because they’re alive.

It’s a great metaphor. I use it all the time to explain to women – who have a tendency to shrink and disappear in a relationship – that they’re entitled to the same amount of oxygen as anyone else in the room. In fact, they really can’t hold their breath forever anyway. So why not just exhale and take in some air?

Um, I think I just did. My Soul to Keep? If your readers will just get on the stick, I’ll be in New York Times heaven in no time…

My friend Kenny Cook – Kenny-baby to me, K.L. Cook in the literary world - who is an award-winning author of literary fiction and also teaches creative writing at a college in Arizona, has blurbed all my books for me. It’s a big fat favor since he’s such a big shot and I write commercial fiction.

I’ve known Kenny forever – we were in the same high school English class. (My grades were WAY better, by the way). He’s got four kids (I have none) and is an extraordinary writer. His prose is gripping. He wrote this blurb for My Soul to Keep:

My Soul to Keep, the third and best Dylan Foster thriller, again demonstrates Melanie Wells’s wit, intelligence, and knack for telling a swiftly paced, complex story. Through a wonderful network of plots and subplots—and the ruminations of the ever-complicated Dr. Foster—the novel reveals the helplessness and fierce love at the heart of parenting, as well as the way that each of us is responsible for children, our own and others. Wells takes kids seriously—their fears, their vulnerabilities, their spiritual wisdom and resiliency. Written with passion, a good dose of humor and, dare I say it, soul, this novel reminds us that we all, with grace and good fortune, bumble our way towards salvation.

I called him about it – I loved what he wrote so much, because he really GOT what I was doing. He said, “Melanie, honey, my belief is that, as writers, we may think we want praise or criticism, but what we really want is to be understood.”

He is absolutely right. When someone understands your writing, really gets it – there’s nothing like it.

I’m partial to “no” these days. Don’t ask me why, because of course I won’t tell you.

I get irritated when people spiritualize their email signatures. I don’t know why that bugs me so much, but it does. “Because He came near,” is a real winner. I saw that one recently and wanted to smack someone. I should probably go to therapy.