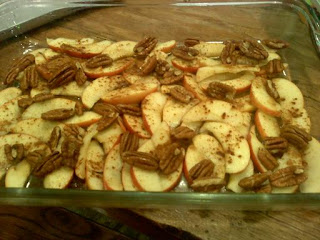 Another big food weekend. I made three new desserts, tried the Lentil Loafabout meatloaf (it's a keeper), made black bean soup base, lemon lentil spinach soup, took pictures of a Vegan Ice Cream cake made by my soon to be 25 daughter. Yummm. And smiled at her costume. 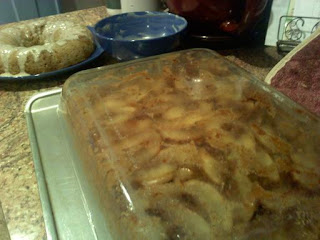 Spent a few hours at Costco, Trader Joe's and Whole Foods with my mom. 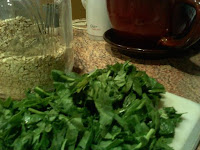 This was the Whole Food's maiden voyage for my mom. She was impressed with the sights and smells. I do love the look of a produce aisle. Not quite as much as a Farmer's Market, though, but it can tide me over til May. 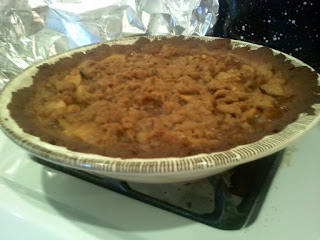 I will share my new Applesauce Cake recipe tomorrow. I have spent part of my blogging time answering a disgruntled author who didn't care for a review I wrote. He's taking his comments to Amazon now. At first it was an e-mail, then a friend of his commented on my review. Now he's commenting on my review. I hurt his feelings by not loving his book. And it wasn't even a negative review. I just pointed out an area or two where parents might have concerns. Sigh. 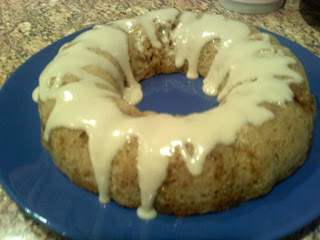 Anyhoo. The Applesauce Cake was tasty. I made two more recipes from Vegan with a Vengeance. Her Lemon Gem Cupcakes (but in Bundt format : ) and with vanilla frosting drizzle.) And Gingerbread Apple Pie. Yum. It is jood.
Posted by Scrambled Dregs at 5:46 AM No comments: