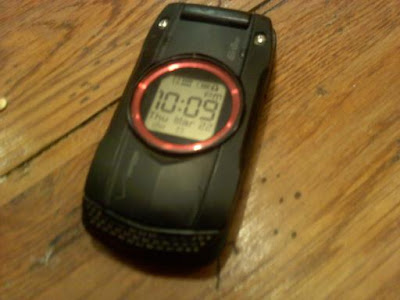 Last night we listened to the county attorney and a representative from the 9-1-1 call center. My notes were squished as I furiously took them and I didn't get the official acronym title for the call center. Let's maybe just call em busy. : ) and important.
But county attorney report first. He was an engaging, entertaining guy who had a whole lot of downer facts. The reality is that people can be messy and ugly. Keeping things under control and cleaned up is his job.
Drugs are a problem in just about every community in the ole U. S. A. and that's true for mine. A question was asked about synthetic drugs, as did the comment that we need to educate and treat so he doesn't have to invest the resources of the county on prosecuting and keeping our jails chock full of people who need to be kept away from others. The drug problem is a three legged stool, he said. And money is required to keep those legs on said stool. There's only so much money to go around and most people are opposed to paying more taxes to make sure people don't start doing drugs. He said his focus had to be on his leg. Makes sense.
Synthetic drugs (mish-mashes of chemicals that produce bad side effects like highs and hallucinations when applied, smoked, injected, ingested, or inhaled into the human body) are really becoming an issue. He said legislation to keep the crap off the streets needs to be in place before users and sellers can be prosecuted. The drug chemists are creative, and quick to create and the law's wheels take a bit more time. Common sense says that if you think it might mess with your mind you probably shouldn't put it in your body. But most dealers are not after wisdom, instead they shoot for the moola.
He shared stories about some of his adventures. Like being questioned when he discovered some seedy business within his department and the policies and procedures that came out of that. And his own frustration with the system that doesn't always deliver the most just results. One guy earned probation for seriously hurting another guy. No tooth for a tooth justice, but the perpetrator lost his job, had to pay restitution and got busted because of his own big mouth. Fair enough. The little consequences added up big time.
9-1-1 is high tech. We have bells and whistles that our much bigger neighboring city doesn't have. Our emergency phone operators are trained to talk people through the Heimlich maneuver, CPR and even baby delivery. Cell phones manufactured after 2010 are supposed to have GPS and the system can usually locate a call to within 300 yards. One guy asked if someone broke in, he dialed 9-1-1 on his cell phone and threw it aside, if they'd send someone. (So the intruder wouldn't hear him talking.) She said that they have to make the decision based on what they hear. Pocket dials happen. But if a person whispered into the phone, they'd send a car, or if something like gunshots were heard, definitely. They will try to return a pocket dial call. The technology is coming where 9-1-1 can receive and send texts, and pictures can be sent. She said it's a great idea in case of intruders, suspicious cars, and evidence but a bad idea for idiots who might think it's fun to prank the call center. Someone asked about pranks. She said that they've had to send an officer to talk to frequent nonsense callers. And that a handful of restraining orders have been put in place for harassment. Uhhh. Harassing a 9-1-1 facility? One that has access to guys with guns? People can be very, very scary and stoopid.
Very fascinating and informative. And I'm thinking both of these jobs seem really stressful. The busy days (August is the busiest month) will bring in up to 90 calls per operator in an eight hour shift. Not all of these are life and death, most aren't, but all of them require time and knowledge. Many are calls asking questions like, "When does the parade start?" "Who do I call to handle...."
Very, very interesting. And the officer I sat next to was so observant that he noticed a stupid button fall off my jacket and roll under the table. He didn't offer to sew it back on though. Ha. Ha.
Posted by Scrambled Dregs at 6:24 AM No comments: