Scribbles and Scrambles ~ Farm Days and Back From Vacay...

Last week was beastly hot. We didn't have the farm experience because we were headed up north for the fourth. And given the 100 temps that were reported to me, I'm not complaining about our choice. 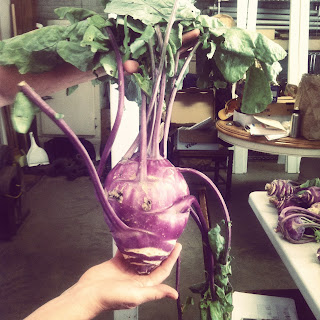 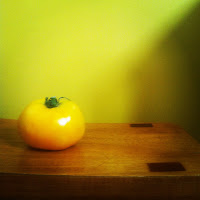 However, we did miss the produce. Rumor has it the first tomatoes were given to the CSA members.

Yesterday, the temperature was perfect. Absolutely, perfect. A wee bit warm. But in July we gotta have some serious warm, otherwise it wouldn't even feel like summer, ya know.


The most interesting topic of conversation was bugs. Now, I'm sure most of you are very aware that GMO and pesticide laden produce are not the best items to consume. However, organic has a certain ick factor you just don't see a lot in a grocery store setting. We sat in the sun and partially shucked ears of corn, looking for some ick. And we found some. Corn Borers had visited every other ear. Most were at the top and a simple whack with a butcher knife took care of the problem. Others were buried deep. The farmer summed it up like this. "Let's consider that the occasional creature or evidence of them is like the canary in the mine. Absolute proof that all is well." Meaning that if you see a bug in your CSA box, proof positive that the produce has not been sprayed with poison. And, well, pick your poison. I choose the creepy crawlie poison. I can at least do a Mexican hat dance on them and chop of the evidence of their existence. Pesticides are doing damage within me that I can't see but may have to deal with the evidence of later.
Our farm box contained: 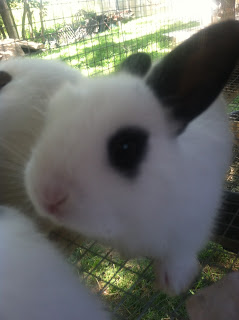 Kohlrabi. (Delicious, snappy and almost the texture of raw potatoes or jicama.)  Sweet corn and TOMATOES. Dinner was pomodoro (tomatoes, garlic, basil) over pasta and with a glorious side of sweet corn. Yummo. 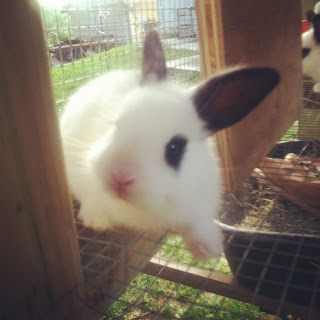 (and not so yummo, other organic product of the bug variety) 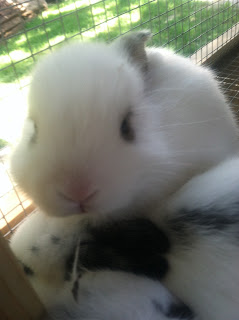 And the bunnies. Well. They are stinking cute. See. 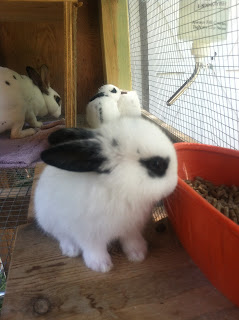 By the way. The stay at the cabin was heavenly. The lake breeze took the edge off the higher than normal temperatures. Other than the 4th of July fireworks mosquito attack, it was fabulous. In Minnesota, mosquitoes are wicked big, band together in swarms, relentless, and come out as the sun goes sets. Bodies pelted us as we tried to get a gander of the fireworks over the water. Note to self: Take a beekeeper suit or mosquito netting to the lake if I want to be out after dark.
Posted by Scrambled Dregs at 6:47 AM 2 comments: