Scribbles and Scrambles ~ Farm away from Farm Fun 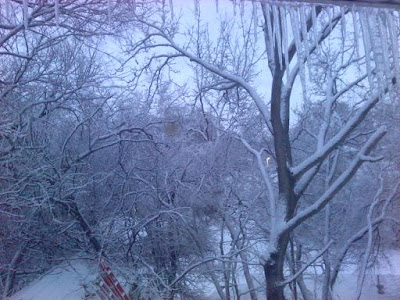 & and I went to a tri-state farm conference put on by the three state extension offices. Fascinating information.
I learned there are lots of ways to kill bugs. The key is to start early and show no mercy. Bad bug life spans are fleeting and impressive. Get em before they multiply themselves by thousands and you have a chance.
Growing ethnic vegetables is a tongue twister adventure. Most can't easily be pronounced by the Midwesterner and apparently our tastebuds are pretty wimpy in America. Other cultures favor bitter. Most of the ethnic vegetables I learned about will not end up on my to grow list, but I’m thinking Bok Choy sounds good and possible.
A farmer who started growing strawberries and selling them to co-workers has built a multimillion dollar harvest empire out of that very humble beginning. Another speaker, a farm manager went into the ins and outs of his CSA (Community Sustained Agriculture) experiences. (After listening to his talk, I'm pretty sure our little CSA is way better than I even realized.)
A well-traveled tree expert shared much about what he’s learned on his travels, and as a grower who runs a pick-your-own raspberry farm. He shared the do’s and don’ts if you want to attempt to make any sort of money growing fruits or vegetables. His advice was to plan, plan, plan. With his power point expertise he shared an entertaining look at good get-rich-quick agricultural ideas gone bad. Christmas tree farms. (How difficult can they be? Grow and chop 8 years later, lots of pictures of abandoned farms.) Llamas. Emu’s. Loads of people invested a whole lot of money into ideas that sounded good but just never took off. The advice…go slow, have a plan, know that you aren't going to get rich quick, or without blisters. If you don't love getting dirty, you are going to grow to hate what you do. I think that's advice that covers a lot of areas.
This conference food was the best I've ever had. All locally grown and produced. Carrot cake, roasted root vegetables. Yum. After arriving back at the farm, the farmer gave us one last load of garden booty. She had harvested lettuces, kale, chard and had a few tomatoes. Unbelievable. Especially since the lettuce was picked just days before Saturday's snow. (Pictured).
All in all, it was a very good, interesting and tasty day.
And there was an element of disturbing, too. Come back tomorrow for that.
Posted by Scrambled Dregs at 12:43 PM No comments: