#2 Focus on and glorify what I am for rather than what I am against.

This seems like a strange one in the lessons of life I've picked up in 53 years of living it. And it's kind of a recent one.

I've always had trouble with big mouth Bible thumper "Christians" (the quotation marks are because I don't believe most of them are). I think now it's because the tactics they use when thumping that embossed leather cover of their well used Bibles are not telling the truth about God.

The word glorify is so religious speak but it comes down to telling the truth about something. 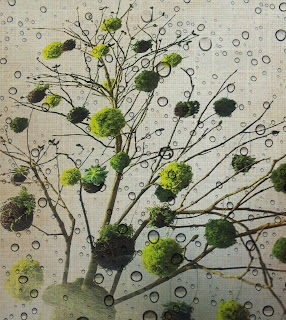 Like taking an accurate news video rather than tweaking and enhancing and adding some creative filters, sound effects or narrowing the focus to change the picture. We all know about airbrushing and have likely seen the videos of how much airbrushing changes the looks of a normal person into an unattainable cartoonish ideal. Or one recent photo spread that showed the whole picture in photos that seemed to share one thing but in reality did not. The sleeping beauty style photo showed the full picture including her selfie arm holding her phone reflected in the mirror. Or the couple standing on the beach that was really just a billboard behind them. Bible thumpers or grace riders (those who look at grace as sweet ocean waves there just to keep covering those fun sins so they don't have to feel bad about their choices) do the same thing with God as those folks who do the creative cropping. They don't tell the whole story and by doing so they mislead and dare I say it? Lie.

I can not live my life hyper focused on either the free grace or the righteous judge part of God without considering that there are both of those in Him. And that there are hundreds and thousands and millions more things about Him that no one understands.

I want to live my life glorifying God by being able to say I don't know when I don't. I am not going to hate someone for having different opinions. Because I'm responsible for my actions, my relationship with God and my obeying and being true to what I have been given the insight and wisdom to believe in. I'm going to focus on Jesus, the author and perfecter of my faith. Not only am I told to do so, but it's where I am able to see the reality around me for what it really is. In the light of the Son I can see other people as humans struggling along and learning as they go and dearly in need of a Savior. I am for Christ. I am for life. I am for hope, peace, love, forgiveness, joy, kindness, gentleness, self-control, patience, faithfulness. Life is too short to spend pointing out failings and weaknesses and errors just so I don't have to own up to my own.

VERB
1) reveal or make clearer the glory of (God) by one's actions: "God can be glorified through a life of scholarship"
2) describe or represent as admirable, especially unjustifiably or undeservedly: "a football video glorifying violence"
synonyms: ennoble · exalt · elevate · dignify · enhance · augment ·