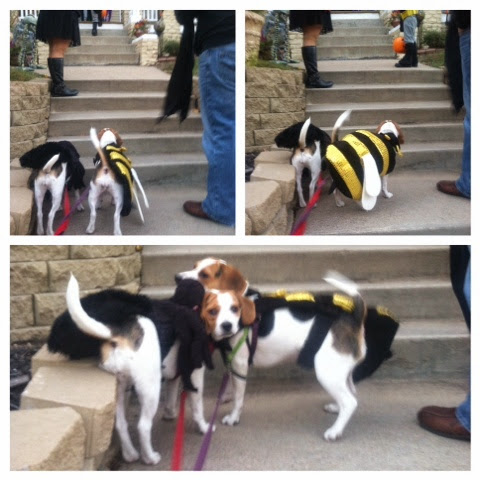 The pups got to go trick or treating with the kids Friday night. Amazingly, they didn't rip their costumes to shreds (Nor anyone else's, whew). I didn't see them even nibbling at each other. It probably helped that they were focused on the kids candy filled pumpkins and a little shell-shocked with all the sights and sounds of Halloween. The temperature was a brisk 40 something.  There were a few costume tilts and leans. But they looked pretty stylin, 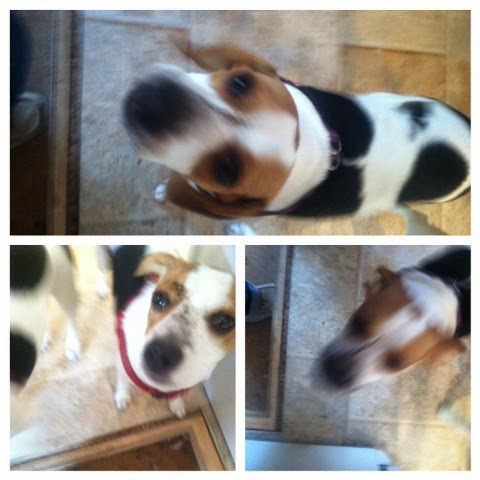 Saturday we had a little incident. Rob and I had a huge Aloe Vera plant that we separated into about 30 different plants. We had a few we hadn't given away. And since it had gotten cold we pulled them inside and put them on the mud room floor.

So the pups were running free indoors while I was doing some cooking. And it got really, really quiet. I tiptoed and peeked around the corner. And spied a dirt party in progress. Oh yeah, they were having lots of fun. The blurry pictures stink but the dirt coated noses were too funny.
Posted by Scrambled Dregs at 6:00 AM No comments: