Friends arrived on Friday to close out 2012 and open 2013 with us. This has become an annual event and I think this was year 5. The first year was bacon bacon everywhere. Then as our eating has evolved so have the feast contents. I do have an amazing cinnamon roll cake recipe that will be appearing soon.

The highlight of the trip might just have to be meeting Chloe though. We spent New Years's Day antiquing in the Old Market district in Omaha. Both Michelle and I found amazing deals on doors. But that was forgotten when we went to Joe's . Chloe is a rescue terrier mix with quite the personality. My favorite was what happened after the fashion show. She put her paw on my shoulder and I asked her if she wanted down. Her owner said she probably wanted a hug. And she did, a very long hug to be exact.

She climbed on board and was content to stay on board. Of.course she wasn't featherweight so I went to place her back on her perch, her little back legs hit the counter and kicked off while her little front legs climbed higher and wrapped tighter. Three times we played out this little scenario. Finally when it was time to go she let me leave. So cute. 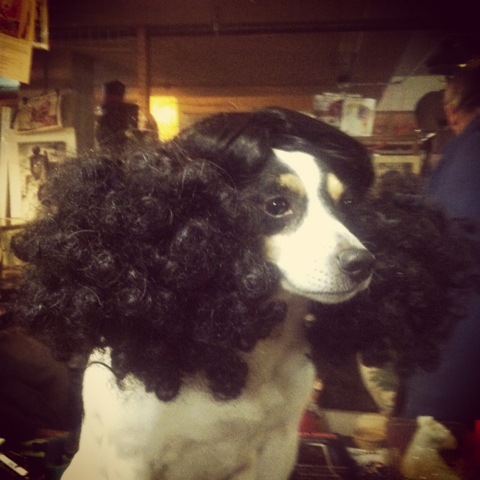 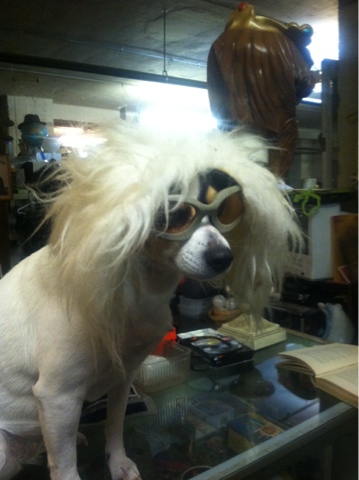 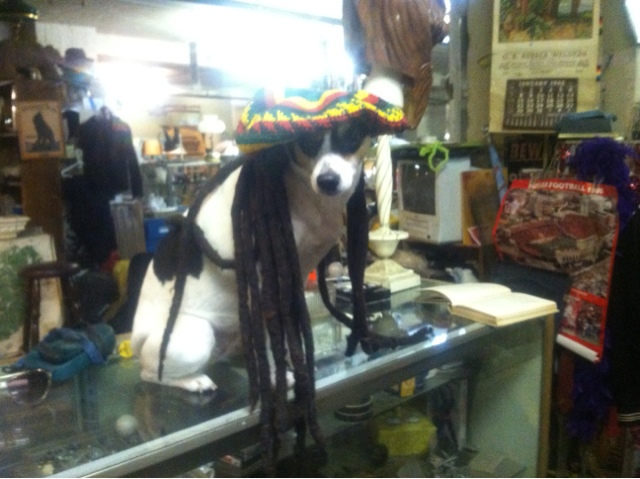 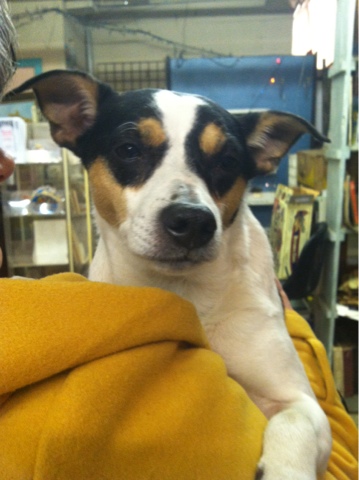 Posted by Scrambled Dregs at 8:39 AM No comments: