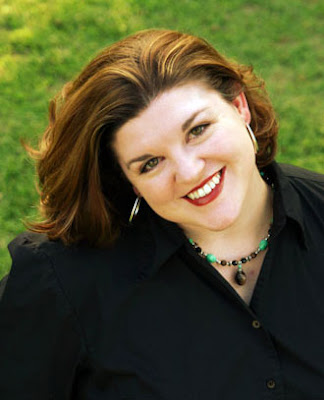 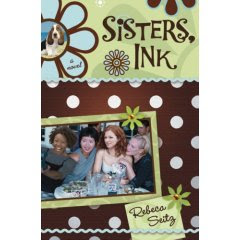 Rebeca Seitz came by and sat a spell.
Thanks, Rebeca!

Minerva Dobbs in Jennifer Crusie’s Bet Me. I identified with her so much – her struggle with self-image as well as the fairy-tale ending with Cal (or, in my case, Charlie). And I loved her circle of friends almost as much as I love my real-life circle.

I have so many questions for so many people, mostly women in the Bible. I’d like to ask Bathsheba if she forgave David for killing her husband and causing the death of their child. I’d like to ask Jesus if he had earthly sisters. I’d love to sit down with Lydia (from the New Testament) and have her share business principles with me.

I pack up the laptop and iPod and go to the UTM library, the Union City library, or the Martin McDonald’s and write all day. I walk away with 10,000-16,000 words, but you should see the looks I get throughout the day!

I’d have Jennifer Crusie’s characters get married before having sex and I’d have Kay Scarpetta in Patricia Cornwell’s novels come to Christ. The first because I’m just about sick of married people not having good sex in books and that woman knows how to write a hot scene. The second because Scarpetta’s introspection without a firm Truth to act as compass is just exhausting and annoying to read.

Periwinkle giraffe! Definitely not the cow – I don’t care if I was purple, eventually I’d become hamburger. And not the iguana – women have enough wrinkles to deal with. The giraffe, though, now there’s a graceful creature! Make me periwinkle and suddenly I’m a vision of beauty and stunning elegance!

The 1940s. I love the music (big band!), the style, and the culture of the time. If there hadn’t been so much blatant racism, it would have been a perfect time to be alive.

These days – lots! Laughing hysterically with my kiddo when, at the first snow of the season, we hang our heads off the front porch and catch flakes on our tongue like we don’t have a lick of sense. Or jumping as hard we can into mud puddles just to see the splash. Letting myself be fully in a moment of discovery with him is a heavenly gift that I don’t deserve and that restores my joy completely.

I also feel alive when my husband puts his arms around me and says, “I love you,” and so much honesty fills his voice that it steals my breath.

It’s other moments, too – walking the golf course with my daddy on Christmas afternoon (my brand new golf clubs, a gift from hubby, safely strapped to the cart) and kidding him about only bringing one Diet Coke, only to have him skip the next hole to go back to the club house and get me one. I’m pretty sure that’s why I beat him on the next hole.

Or talking strategy with my mom, the director of a crisis pregnancy center. Helping her figure out how to raise money, get the word out, and help girls who are petrified by the possibility of pregnancy.

Or listening to my sister tell me about the growth of her photography business. Her hazel eyes light up and she clasps her hands at her chest, then says, “Isn’t that awesome?” I love that.

Or sitting in a women’s ministry meeting and presenting some grandiose idea for bringing new women into the church – then seeing these women embrace that vision and make it come to fruition.

I’ve been aware, for as long as I can remember, that my time on earth is so very small. There are a set number of hours I have to walk upon this planet, to love, to hurt, to yell, to praise, to experience. So I try to pay attention as I go and feel what’s in front of me.

I really want to go to the French countryside. I’ve heard stories about the flea markets there and I’m a lover of bargains. My home is decorated in the French country style, so it’d be nice to visit the birthplace of that. Plus, I hear the French are some passionate people who love to debate and discuss. I’d have a ball!!

The best compliment I’ve gotten so far came last week, actually. Somebody told me that the only author they read as soon as her novels become available was Lori Wick – and now me. I’ve been a Wick fan since I was in junior high, so it was pretty surreal to see my name in the same sentence as hers.

One reviewer intimated that I had chosen multi-cultural characters in some strange attempt to appeal to a bigger audience or be politically correct. She said the multi-culturalism was obviously not true to reality. I hated that – both that she was being so bigoted and that she had never been exposed to a family like I had down in Florida.

Questions like this scare the dickens out of me. I’m reading a book right now where the woman loses her eyesight – and knows ahead of time that she’s losing it. I keep wondering what I’d do if I knew ahead of time that something hugely negative was headed my way – blindness, deafness, paralysis, death. And I just can’t figure out if I’d end up one of those strong people who overcomes or weak people who devolves into a selfish, angry, mean being. I honestly don’t know if I’d spend my last “normal” (what a word) days rushing around doing all the things I could or being still and surrounding myself with family and friends. I think, most of all, I’d cry and write a lot.

Laundry! It’s the perfect chore – stuff the clothes in the machine and it does all the work.

When people make up words in an effort to appear intelligent or well read. Ironical – um, not a word, people. On the radio last week, the interviewer said, “promiscuality” – I mean, seriously?! You make a living by talking on the radio!
The other one is billboards that have misspelled words. You want me to give you my money, but you couldn’t be bothered to spell the words correctly? No.

Men who don’t open the door for women – or, worse, who speed up their step to get to the door first, then blow right in and leave the door slamming behind them in the woman’s face. Can we say no character?

Frizzy hair, purple scarf and a book – make a character.

He’s gorgeous. He is. He really is. I know you don’t believe me, but I’m as sure of that as I am that he doesn’t know I exist.

Even though my hair looks like a giant red Brillo pad.

Even though my scarf – evidence of a brief love affair with crochet - is a huge mess of indigo and silver yarn.

Even though my book just fell on the hardwood floor with a whump loud enough to bring the librarian.

He doesn’t see me. No one ever does.


A man and woman sit at a table in an upscale restaurant. They each have a cell phone to their ear. What are you overhearing? Tell me about this couple…..

“He’s taking the house in the Hamptons.” The woman held her long, delicate fingers over her mouth, but I could still hear her conversation from one table away. I wondered as I reached for my water glass if the man across from her could hear as well.

But he seemed too busy with his own call. With the prices we were paying, the restaurant shouldn’t allow cell phone conversations in here. What happened to enjoying dinner as an experience rather than a chore? As an escape that couldn’t be interrupted by phone calls and business meetings?

I pushed the white linen napkin from my lap, then leaned down to retrieve it. “If I get the Hamptons, we can give her St. John’s.” His voice rolled like jagged rocks tumbling together. I straightened and cast a glance his direction. Discreetly placed spot lights favored his brown hair burnished with golden highlights. I couldn’t tell whether they came from an island sun or an expert colorist’s hands – either way, they worked to create the effect of a halo resting serenely. The hard set of his jaw fought such an angelic image.

“Right, I’ve got it. No, don’t come down. I’m fine. Thanks, Jerell.” She folded shut her phone and tucked a long, blonde wave of hair behind her ear. The spotlight kissed a diamond there, refracting only blue light. Another stone shone from her hand as she set the phone on the table and brought her water glass to ruby lips.

“Understood.” He slipped his phone – no bigger than a credit card – into an inner pocket of his jet black dinner jacket.

Lyrical notes from Vivaldi’s “Spring” - the restaurant’s choice of appropriate music when presenting works of art on plates to those who could spend four figures on one meal – nearly masked the words the angry angel spoke. If he hadn’t leaned across the table, putting him a foot closer to where I sat just one table away, I might have missed the reason she’d be found dead tomorrow morning.

“Take the Hamptons, Lucy.” He saluted her with a glass of sparkling wine. “Take St. John’s as well. This divorce doesn’t have to be difficult.”


Lauren stared at the clock. Eleven forty-five, if only it read ten forty-five. Everyone should be allowed one do-over hour in life.

Okay, maybe two. But she didn’t count Adam and the rest of the world shouldn’t either.

So just one do-over.

But did it count as a second do-over if she needed it for the same guy?

Lauren rolled out of the tangle of white cotton sheets and stumbled to her bathroom. She clicked on the light, then quickly doused it.

“Ugh.” Too much light on too little sleep. No one could be expected to face all this pink tile on four hours of sleep.

Wondering for the thousandth time why her landlord thought pink tile “classed the place right up”, Lauren turned the hot water faucet and sat down on the cold porcelain edge of the tub. She counted to thirty, then turned the other faucet a fraction of an inch and began stripping. In another thirty seconds, the old building’s pipes filled her shower with the perfect combination of hot and cold.
“My building needs a do-over, too.”

Hope you'll forgive me for breaking protocol. I know, I know. Wednesdays are review days and Fridays are interviews. But I'm mixing it up this week. I don't have a review...not yet anyway.
But, if you click here, Novel Reviews has a bonus two-for review.
Posted by Scrambled Dregs at 11:57 PM 2 comments: