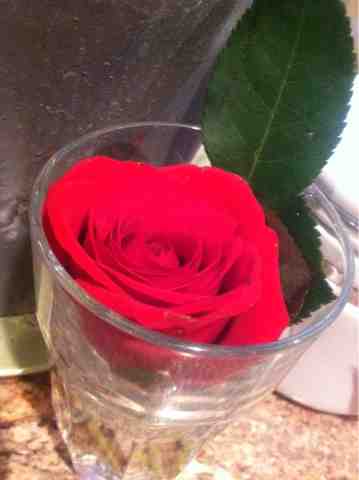 Once upon a time there was a middle-aged woman named Rosy Nosed.

As a young maiden Rosy Nosed understood that she had been born into a land of plenty, with resources and raw materials all around her, some at her very fingertips.

Rosy Nosed felt an insatiable curiosity about life and had deep down in her soul the desire to change the world. Even the very good land of plenty needed some tweaking.

Armed with her curiosity, her desire to be a world changer, and an ever growing list of lessons learned and skills accomplished, she set out on a journey to find her story.

Early on in life, Rosy Nosed met a very wise guide who offered to come along. She accepted His terms, with a few unique edits, and would consult Him now and again. However, she would use earplugs if she wanted to veer a direction He wasn't keen on.

And this went on, this journey of discovery. It took Rosy Nosed through education, periods of creativity, passionate pursuits, and into sacrifice as she married her handsome prince and brought children into the world. These paths took Rosy Nosed through some very dark, haunted forests, as well. Her wise guide proved to be Her Savior many times during those dismal, dank, days. Those struggles in the gloom, where she battled inky black shadows, things that bumped and gnashed, groping fingers of trees... yes... those struggles brought Rosy Nosed to a few new understandings, and introduced her to a bravery she never knew she owned.

With a renewed awareness of her need to listen to her Guide and let Him show her the paths to step on, and that her bravery was a gift, she picked up the pace and became very aware that this journey didn't lead to her life, but that it was her life. And when she looked behind she could see places she'd been, and could see evidence that by trodding and trying and struggling and moving forward, that she had made a difference in the land. Not the whole land, not every citizen. But where she had been, she had left a mark.

The middle-aged Rosy Nosed smiles at these thoughts. She knows her journey has really just begun, today is, after all the present...the future is not promised and the past is used up, but the present is now and is indeed, a gift. Today, she decides that where she will walk will become a better place because she will pass through. With a hum and a smile, she moves forward, to change the world.